Notification in writing to Defendants of Motions To Vacate based on “fraud upon a Court” that would include the Court based on evidence of backroom deals. The last Motion to Vacate based on new evidence was to be determined by hearing according to OK law. Instead there was no hearing, the case brought in OK Court (12-1031) and was denied with no hearing, no reason, and no case law cited. These Defendants were notified in writing that is not just a civil matter but they are headed to prison, no if’s, and’s, or bit’s about it. We are told Perry for sure will be in prison before this year ends. That guy just can’t stop himself from violating the law. Defendants were told with evidence of the recordings of their backroom deals, there will be Motions to Vacate and Judges are now included in the ongoing investigation. They seem to need to find out how serious this is the hard way.

“Also I must advise you that officers investigating you all that provided the attached also advised me that when they get me information that I’m in danger of suffering any additional loss at all and I put the information received before a Judge in my civil cases and that evidence gets blown off and ignored by the Judge and is not excluded for good cause, they then opened criminal investigations into the Judges as well. Backroom deals are a crime and you know that.

I understand Charles will be in prison before this year ends so however bad he wants that to be depends on his ability to comply with the law. I want nothing to do with him ever. I have made my wishes clear for seven years in every way I can think of to make my wishes clear. He is gross and he disgusts me. He is not ever again nor are any of you to contact me or my family or my co workers again. But for attorney contact required for Court through the normal prescribed procedure there is to be NO contact again ever with Fabian, my friends, my family, my co workers or would be co workers without serious serious legal consequences and that is much more and well beyond civil court. That will lead to additional criminal charges from what I have been told and you can find that out the very hard way if that is your preference. Leave everyone else alone, deal with Court the normal legal way everyone else on Earth deals with Court, stop peeping, stop hacking, stop tampering with witnesses, victims and evidence and get out of my life and I mean EVERY part of my life. You all are grown men and seasoned attorneys. Act like grown men and seasoned attorneys.

People in Oklahoma do not want to be burdened with your problems and drama. Act like grown men and deal with it yourselves like grown men. Please inform Mrs Perry that I fully expect her to watch her husband so he has no time to bother me ever again. There is no relationship for me and never will be and Defendant Perry’s delusion has been imposed on me long enough. He’s a reject. I want NO contact with him or from him EVER. Please make him understand that.

Lastly I trust I have made it clear that Malfeasance of backroom deals with Judges results in prison not just civil action. I’ve given you enough evidence those conversations are in fact recorded and have been obtained by law enforcement and are the information them given to me for my protection against additional injury. This is criminal not just civil. I’m not warning you again. Cut it out.

“Cast down imaginations and every high thought that exalts itself against God. For I the Lord love JUSTICE. I hate robbery and wrong doing and I will faithfully reward my people for their suffering.” — Bible for Bible verse Rion” 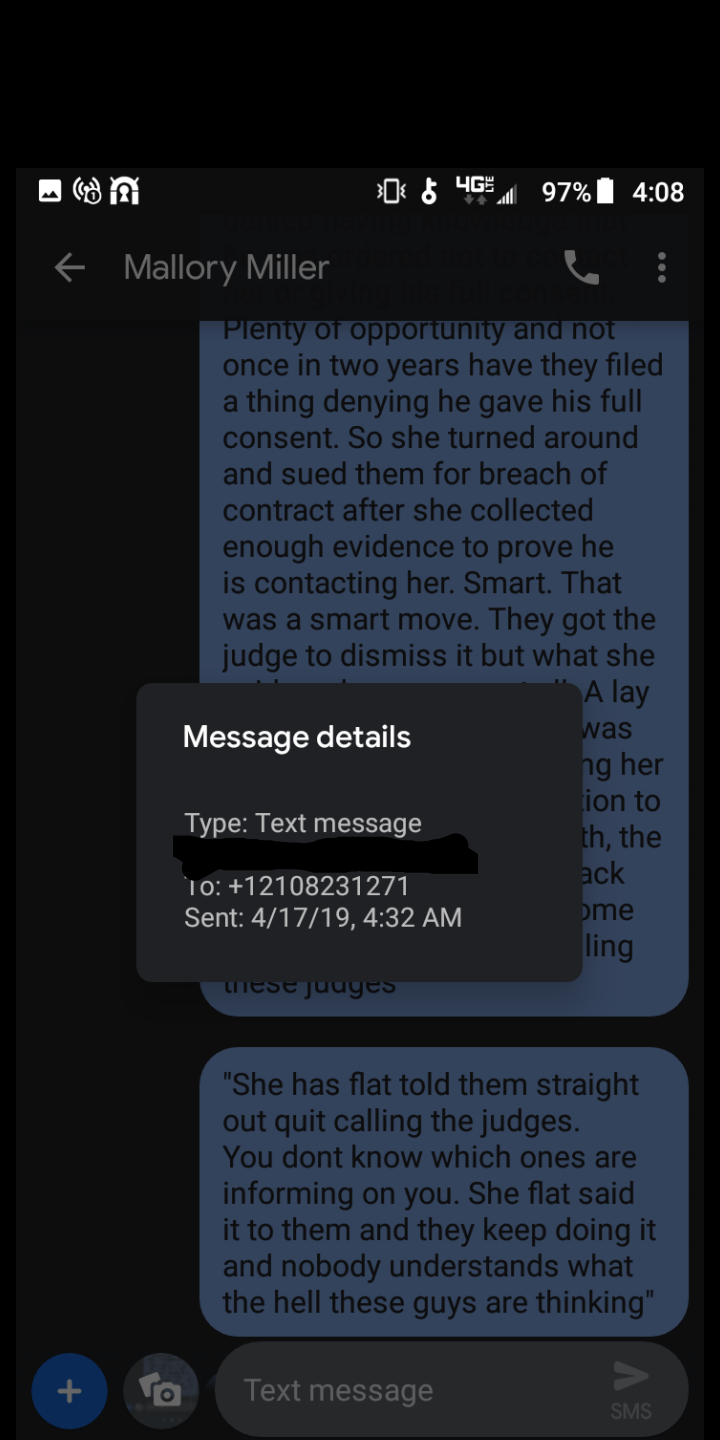 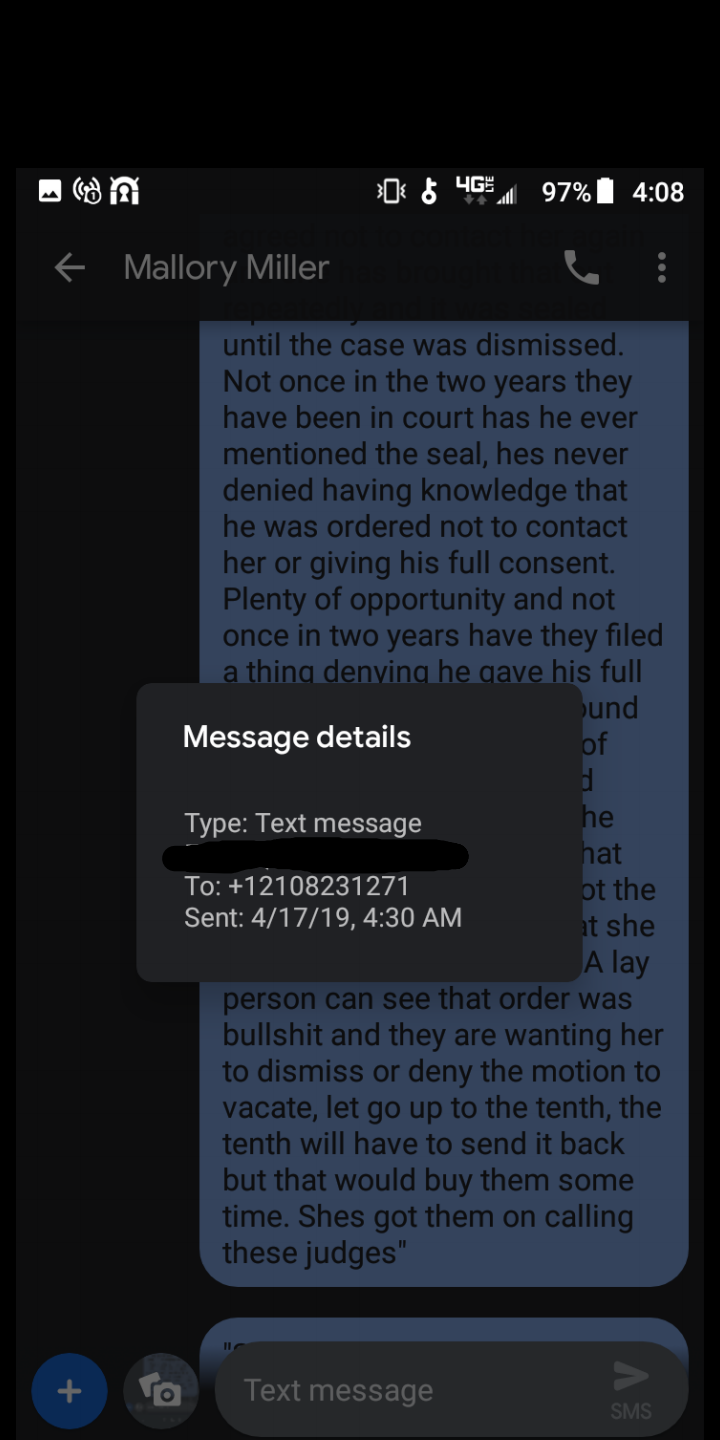 And they got another Judge talking to Defendants last night attempting to arrange that prepaid order. Getting that information was a success. Retaliating as they do, they were about to contact Rogers County Sheriff’s Office to ask them to intimidate Cynthia, a material witness in Perry’s criminal investigation.

Charles Perry has an ongoing police investigation on him and they tell Cynthia when she is in danger. He’s not being stalked. That would just be more delusion. Seven years Cynthia rejects Perry’s unwanted romantic romantic advances vigorously and he simply acts like a drama queen teenage girl, and won’t man up and move on.