Perry’s attorney requested Ortiz’s emails regarding his client’s continued out of Court acts which legally constitute stalking and harassment, his acts serve no legitimate purpose and are intended to cause any reasonable person fear and distress, they constitute, as a matter of law, threats and intent to commit a crime against her in Oklahoma, not Texas, are intended to intimidate and coerce, are willfull and malicious and illegal. His attorney claimed “she is sending us harrassing emails” before a Court of law knowing he’d requesting the emails be sent to him in writing. That is not Ortiz harrassing Perry. They requested the emails. She sent them in good faith with the belief Mr Sanford would get his client to stop. Ortiz has document Perrys acts which constitute, as a matter of law, stalking and harassment as far back as 2011. For four years she only told a few close friends hoping Perry would respond as any reasonable person would and simply stop so that she would never have to make the matter public. Its not exactly preferred to have to be tangled up in a situation like one most people would refer to as a “scandal”. Perry has not stopped to this day.

threats are then carried out, the “who done it” is established particularly when the threat

is as specific as Perry makes, premeditation and intent is established and prosecution is

in her emails and texts prior to her first illegal arrest and detainment. She notified the US

been threatening her with death and false arrest. He then carried out his threats giving

rise to current litigation. All documents have been filed in multiple Federal Courts and

are available for public view, stamped and filed copies at the link  below.

Frankly, any man who is unable to get along with his wife, or find a woman who shares

his feelings and pursue healthy mutually consensual relationships and rather continues

spending years of his life being a rejected failure. There is no control or success in a

man’s inability to let go and move on when rejected. Success lies in the enjoyment of

normal healthy mutually consensual relationships, not forcing yourself on someone who

only rejects you every day for years. Ortiz has made her wishes clear that she has no

feelings for Mr Perry, but deep disgust, has never consented to be in a romance with

Perry, ended their work relationships and friendship in 2013, and wants nothing at all to

do with him. His continued delusions that she would ever want anything to do with a

man like that, simply comports with the beliefs of every stalker every where. There is no

control in having delusional beliefs of a relationship that does not exist to the victim, and

shares the same desire. Ortiz has no desire at all and never will for any kind of

relationship or contact with Perry. If he has power and control, then he can move on and

leave her alone and find someone who wants him or just get along better with his wife.

Generally speaking, stalkers make a fool of themselves which is the reason most people

do not behave that way, like a dog chasing his tail because they would be too

nothing to do with them. If you have to threaten and bribe a woman into a relationship,

she does not really want you. She is just not into you. If she were, you’d not have to

threaten and bribe her into a relationship with you. Perry offered Ortiz, through Pinto,

his proxy, $5,000 to sleep with him and she still rejected him. If he were her kind of guy,

he’d be gentleman enough to respect her wishes and stop all contact with her. For over

half a decade Perry has done nothing but take everything and everyone she loves,

threatened her with one harm after another, bribed her in attempt to get her to lie, as

can imagine. No self respecting person behaves in such a morally and legally offensive 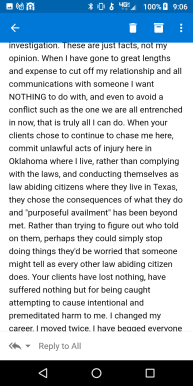 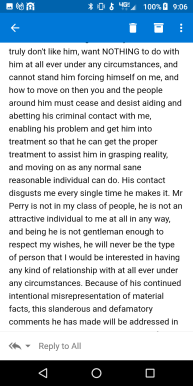 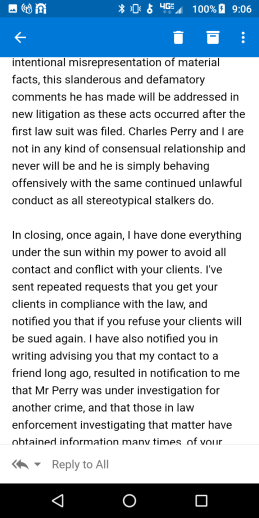 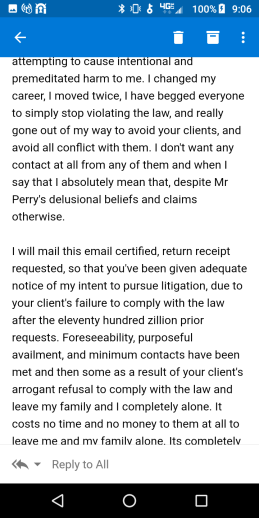 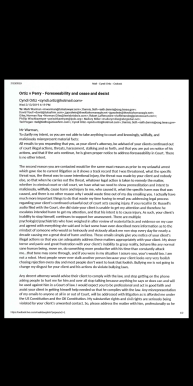 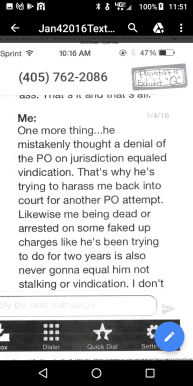 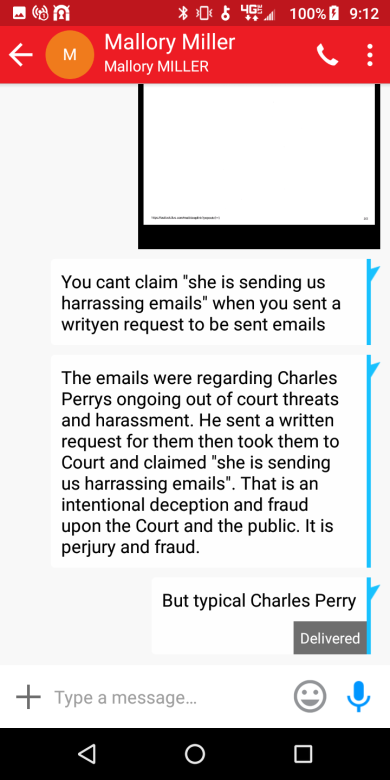 Click Here to See 48 Hours Feature Story on Stalking – Its a FIGHT! Its like fighting a rapist off of you

Click Here to See Video on Stalkers who Hack