Perry’s first fraud before a Court, was his claim Ortiz filed a false police report in retaliation for his job. He’s a stalker, he knows that, she has rejected him for nearly a decade, she’s made massive life altering change after another to get away from him and to avoid all conflict with him, then finally when all that didn’t work and he still couldn’t take the hint, she tried to get a protective order. It was denied in part, because she didn’t produce the required police report in Court. In OK to get a protective order for stalking you must file a police report whether you want to or not. You have to do it. He knew that. It was on the Order. Just one week after she filed it, before a detective had even called her back he had her arrested, not on charges in OK, but out of Texas where his BFF from Sunday School class lives and is the DA, that being Matthew Powell. They by physical force prevented her from reporting the crime they committed against her, “they” being Perry and everyone who helped him, although its unclear whether or not Powell had anything to do with poisoning her, and caused the loss of forensic evidence. As such, attempted murder cannot be ruled out. Perry knew that report had to be filed by OK law and that no police investigation had been conducted to determine whether or not the report was true or false. Perry, knowing they were intending to intentionally impede a police investigation in another state with intent to destroy evidence, went before a judge claiming a false police report had been filed against him, but failed to disclose one important material fact: 1) there had been no investigation to determine whether or not the report was true or false 2) Ortiz had not received a call back from detectives or given them any evidence 3) Police reports are required by law to get a protective order against stalking whether you want to file one or not 4) He knew this as its on his copy of the previously denied order. That…is fraud and a reckless disregard for the truth and for that Ortiz lost her home, was ripped away from her family, humiliated and smeared all over the news expunged or not she will always have that arrest out there, false or not, she lost two months of income, two months of her life, was very traumatized by the whole event and Perry thinks he is a victim???? Of what exactly would he be the victim of??? If you look at material facts and evidence, where is the evidence he is the victim of anything at all???

His attorney, Mark Warman further more recently provided a brief before the Federal Court stating “Ortiz filed appeal with the Fifth Circuit and they denied her appeal.” Ortiz emailed him and said “I’ve never sought an appeal to the Fifth Circuit in fact in their order it says on its face this appears to simply be a docket entry error. Please file a correction” So, even the Fifth Circuit clearly understood there was an error and that Ortiz never appealed anything to the Fifth and she has no intention of doing that on this case, he refused. She asked Warman to fix the misrepresentation of material fact. He refused. It is an intentional misrepresentation of a material fact. Ortiz never filed any thing at all with the Fifth Circuit. All documents state she intended to seek appeal, if denied, with the Tenth. She made her intent very clear long ago. They knew this. That is a material fact because she expressed her intent very clearly.

Perry then, as has been reviewed over the past few days, had his attorney, Rion Sanders, send Ortiz an email requesting he be included in and obtain emails from her to her attorneys telling them of Perry’s threat of the day. She did. He then took those emails which he requested in writing, before a Court, and claimed his client was being harassed. He requested the emails in writing. That email was filed with the Courts here in OK and in Lubbock. Its available for public view on justice4cyn.com.

Here is the kicker…Ortiz was doing research as shes currently preparing a third suit against Perry and Powell specifically for fraud and found this article written by Perry’s attorney’s firm. They know exactly what fraud is and they’ve committed fraud three time now at least..intentional misrepresentation and deception before a court of law, of a material fact. Its fraud even when its not an intentional misrepresentation of a material fact but it is worse when its before a Court, because it is his sworn testimony of the truth. If its a material fact pertinent to the decision maker and its intentionally concealed, the 10th Cir in US v Strohm calls it perjury and/or a fraud and deliberate deception. Mr Warman himself knew Ortiz by law had to file a police report. Mr Warman also knew Ortiz never sought appeal to the Fifth Circuit. Mr Warman also knew Ortiz sent emails and texts telling people Perry threatened her with false arrest and death for months prior to carrying out those threats. He had the emails, and yet his client intentionally concealed that 1) his attorney in Lubbock requested any more recent emails in writing, Ortiz hoped he was going to then get his client in compliance with the law, not take them before the judge and claim his client was being harassed. His client was not in the loop. They were in the loop because they requested in writing to be in the loop. That is a misrepresentation of material fact and fraud.

Perhaps Warman needs a refresher course on what constitutes fraud. He will have to answer on behalf of his client when Ortiz files the suit. These guys….cannot tell the truth about anything. One fraud after another after another.

Below are documents filed as evidence in multiple Federal Court cases showing as follows:

Perry has repeatedly committed intentional deceptions and fraud before more than one Court of law and before the public. Ortiz has suffered and suffered catastrophic loss after catastrophic loss from this guy’s drama. Stalkers, by nature, are socially inept, unable to find or pursue a happy healthy relationship, miserable in their own lives and obsessed with making other people as miserable as they are, they form an imaginary relationship with their victim when to the victim there is no relationship and their attention is unwanted. Their acts typically include acts of violence intended to cause harm, emotional distress, and loss to their victims which is by definition sadistic and psychotic. Ortiz has documented Perry’s specific acts of stalking and harassment going back to 2011. She did, however, keep her mouth shut for four years and only told close friends while trying to reason with Perry to get him to cut it out. When that didn’t work, she abruptly ended her 15 year consulting career that she was working very hard to build and stopped even voting to avoid contact and conflict with Perry in Dec 2012/Jan 2013. When that didn’t work, she moved from Lubbock, to Dallas in Nov 2013. When that didn’t work, she moved from Dallas to Oklahoma in Sept 2014. Victims of stalking will do almost anything to go where they think the stalker will not go. She started dancing in a strip club as she believed Perry would not, being he is married, a politician, and a church deacon, bother her in a strip club. He did though and in fact tried to kill her in a strip club. Because he prevented her from being tested by a TPD forensic pathologist, and did not have her tested in Lubbock, the evidence was destroyed and as such attempted murder cannot be ruled out. He snapped mentally and did try to kill her. He is very nearly about to snap mentally again and has escalated his threats to cause more injury to Ortiz and her family. She receives threats of death and a second false arrest constantly from him, kidnapping, threats to cause her the loss of income, property and he really has become quite a danger and for sure a nuisance. Ortiz is currently preparing a third suit to address injuries caused after she filed the first one in Federal Court and the pending State Court action.

Documents referenced herein are below: 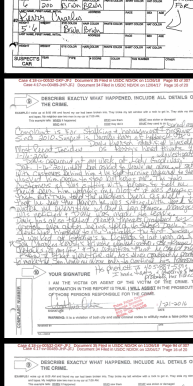 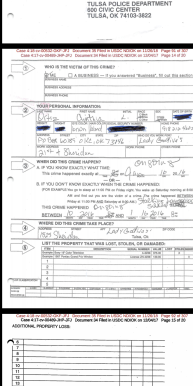 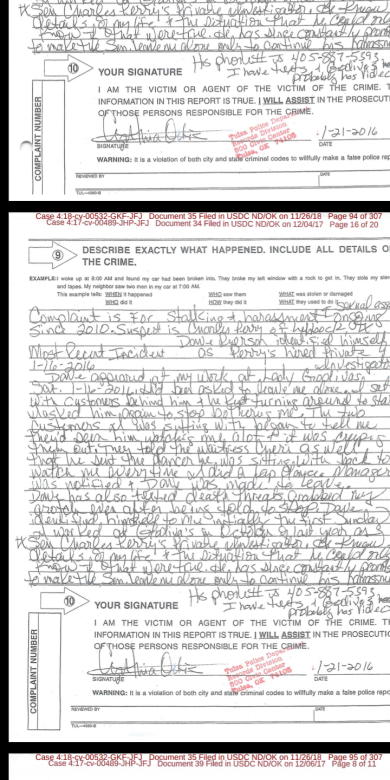 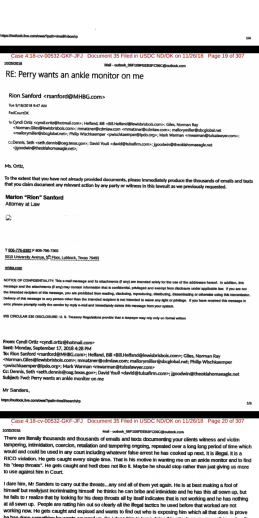