Ms Ortiz told friends as early as 2011 she believed Sen Perry hacked her computers and phone due to the fact he’d make comments about things he could only know from hacking. In her messages to friends on 9/20/11, she begins to mention her suspicions. By the end of October, 2011, she knew. There was too much of the comments from Perry for him not to be hacking her. She confronted him. He admitted it but continued then and continues now to state “I can’t” when she demands he stop. Hacking is illegal.  Ms Ortiz has had 8 phones and multiple computers that Perry has hacked of all different makes and models. He has typed in the devices he’s hacked in order to communicate with her. His contact is unwanted. The information indicating she’s not just hacked, but that Senator Perry is her hacker is as follows: 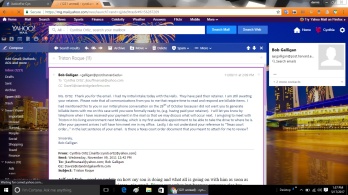 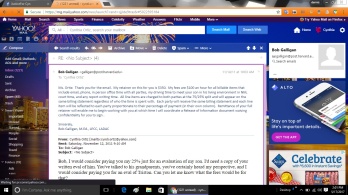 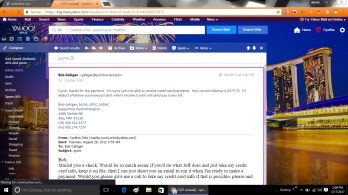 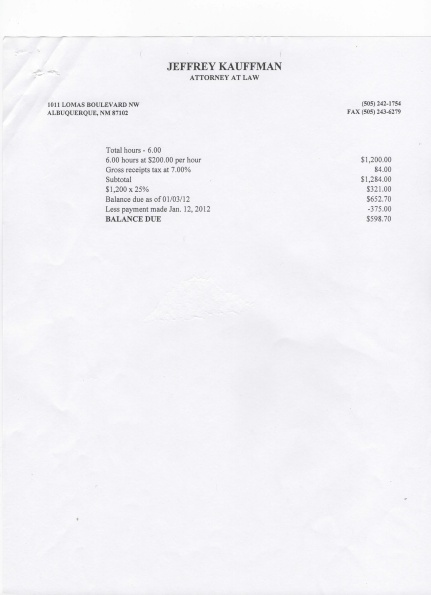 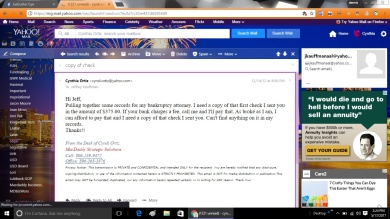 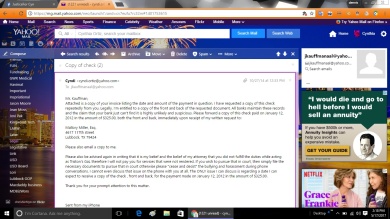 2) On May 21, 2013 while Ms Ortiz was working on her computer, Senator Perry kept jamming it up so she couldn’t get anything done. Exasperated, she texts him “Please stop.” Perry then called her, but she wouldn’t answer the phone. On her voicemail message, it gives her name. The two had texted and emailed for several years and yet suddenly he pretends not to know who she is. A normal response would be, “Stop what? Was this text for me?” But that’s not what Senator Perry said. He pretends he doesn’t know who she is. He’d just called her so if nothing else, he heard her voicemail giving her name. He knew exactly who she was and what she asking him to stop doing. She covered for him in her response more for his wife’s sake in case she found the texts but references the fact that she was having problems with her computer. She covered for him a lot for a long time. If not for the fact that Ms Ortiz and Senator Perry had been texting for years, he’d just called her but she wouldn’t answer so he heard her voicemail giving her name, the previous text regarding abuse at faith based facilities for troubled teens might be a clue that these texts were from Ms Ortiz. Notice he gave no response to that one at all. Neither did her state representative, John Frullo. But for Senator Perry to suddenly have amnesia as to who Ms Ortiz was and that these texts were from her asking him to “Please stop” jamming up her computer was a bazaar response to say the least. 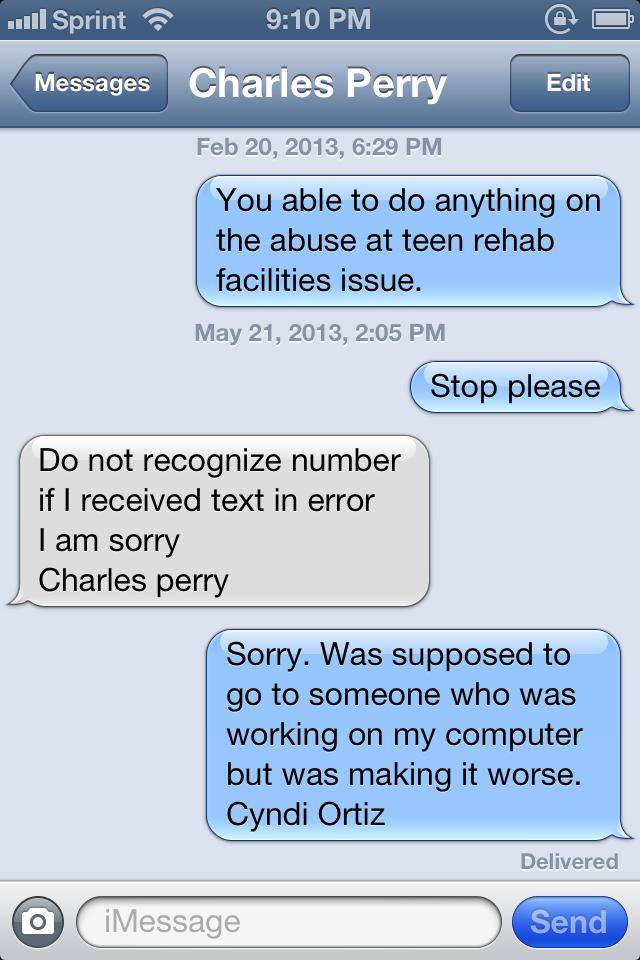 3) In February, 2015, Ms Ortiz opened her email to find two emails in her drafts folder about to be sent out. When she attempted to open them, the disappeared. Ms Ortiz does not know either person.  She’s never heard of Ryan at Aldersgate and has no idea who the person the other email address even belongs to. Frequently, Ms Ortiz would express frustration in that she’d hear her phone make the notification that an email or text had been sent or received, but when she’d look, nothing would be there. There have been countless times when she’d be asked by someone she knew why she never responded to their email or texts. It appears the Senator would delete them before she could see them. 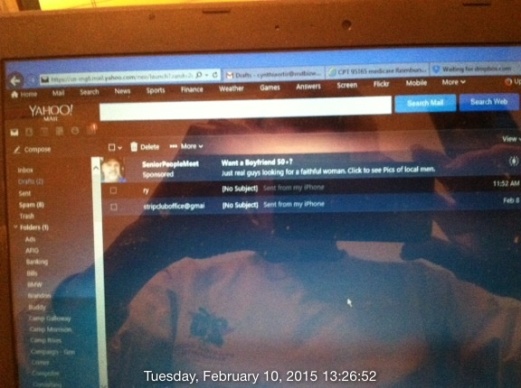 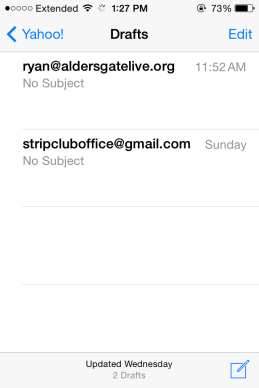 4) When Ms Ortiz came home, the first thing she did was disconnect service to her iPhone and get a new phone. Senator Perry did not know she’d disconnected service. She’d left the phone in a back room on a charger to prepare to send to her attorney and came back to find, Perry had attempted to send texts out from her phone not realizing it was disconnected.  An error message came back. Ms Ortiz wouldn’t have done that. She knew service was disconnected. 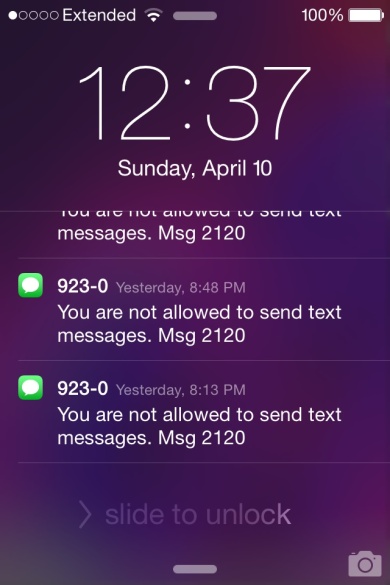 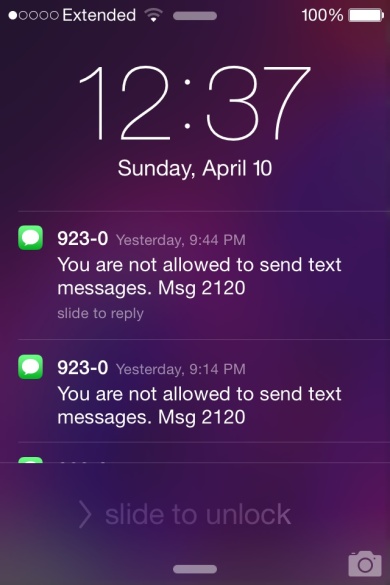 Ms Ortiz also had an eye witness to the hacking activity on her phone and that eye witness just happens to work in technical support at AT and T. She watched Senator Perry doing things in Ms Ortiz’s phone while nobody was touching the phone, picked it up, attempted to get the phone to stop, handed it back to Ms Ortiz and said, “Your phone is hacked.” Ms Ortiz said, “It is. How did you know?” The eye witness stated, “I work in technical support at AT and T. That is what I do for a living, diagnose phone problems for our customers. Your phone is hacked.” Ms Ortiz then told this eye witness of the years she had fought with Senator Perry trying to get him to stop hacking her electronic devices and that this eye witness was not the first person to see his hacking and that she’d had several tech professionals attempt to get him out of her phones and computers. The eye witness then stated, “The only way you can get rid of a guy like this, is to buy a burner phone that has no internet connection at all whatsoever. Guys like this who are intent on stalking and hacking are going to find a way into your electronics no matter what you do.” 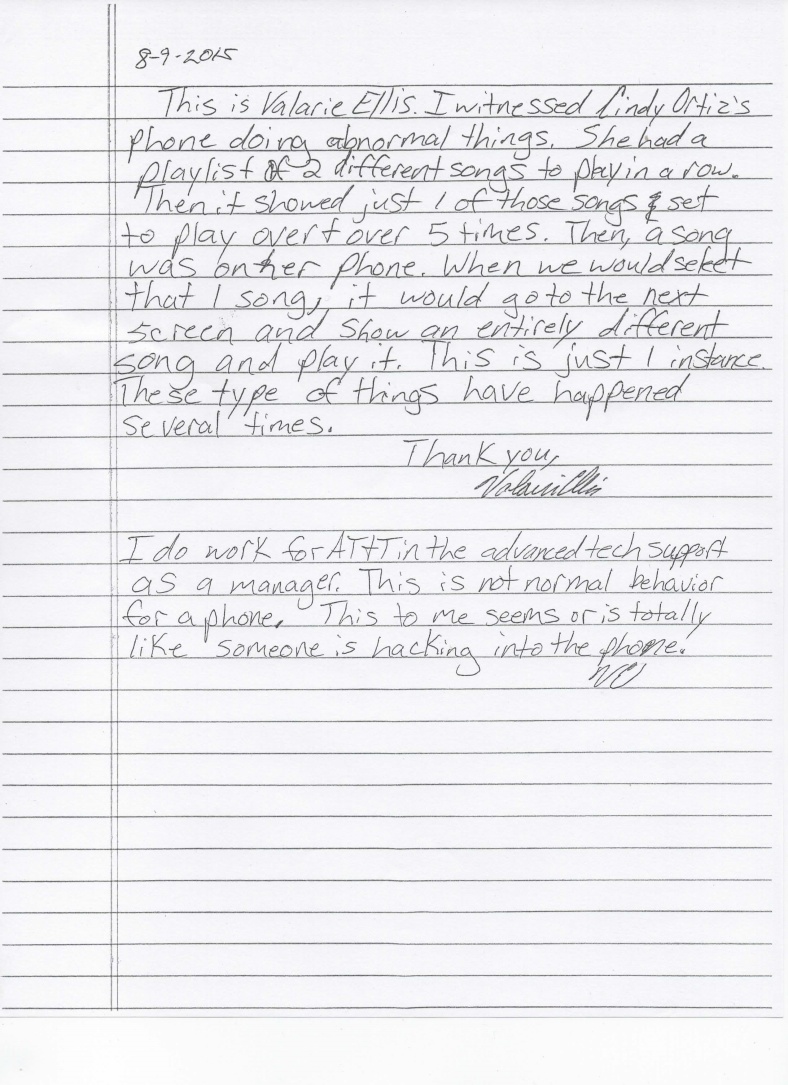 With today’s technology, cyberstalking is a very common. Cyber stalking allows stalkers to monitor their victim’s emails, texts communications with others, and even their whereabouts. Cell phones have become the new GPS device. Perry has used technology to stalk and harass Ms Ortiz in ways that would blow your mind and points to the fact that he appears to be a pervert and a deviant.

Use Of Technology For Stalking Article: Victims Of Crime

The Use of Technology To Stalk You Tube Video: Victims Of Crime

Why Victims Don’t Report Stalking To Police: You Tube Video

Ms Ortiz said there’s nothing creepier than when she gets ready to use her phone and Senator Perry starts manipulating things in her phone. He often opens apps or websites she hasn’t touched and the camera app is his favorite. He enjoys making sure she knows he’s watching her for some reason.